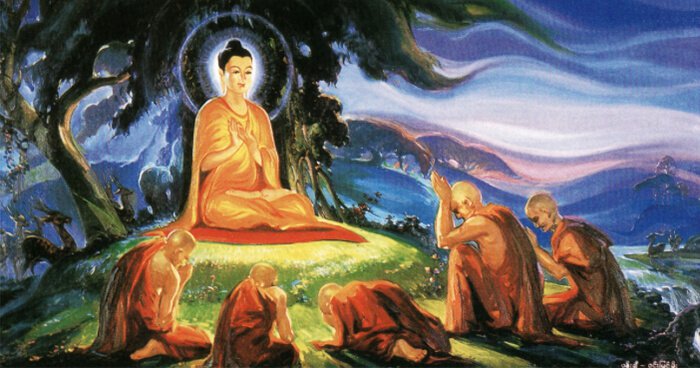 What was the hidden teaching of Buddha? If you look at one of the core teachings of Buddhism, it is that “nothing lasts forever.” With this Buddha meant that everything changes and therefore there is no meaning to hold on to anything. Holding on to things will only create suffering since the things you are attached to will someday go away. Your body will decay, you might lose your loved ones or get fired from your job. If you are attached to things and circumstances you will suffer when they go away or changes. Attachment is the cause of all suffering.

Understanding this is the very essence of Buddhism. To conciliate with this truth and hence detach yourself from attachment will liberate you from suffering. But there is also a deeper truth hidden within these words. In these few words, Buddha actually described the highest truth about our true nature, the very essence of your Being.  “Nothing lasts forever” can be understood as stated above, that all things will eventually go away, the impermanence of things, but it can also be understood in another way, and both translations are equally true and essential.

The second and hidden meaning of this sentence is that “Nothing” is the thing that “lasts forever.” That “Nothing” is the only thing that is permanent, never changing. So this one sentence delivers two core truths about reality with the same words. It shows that things are not permanent, but it also shows that nothing, or Nothingness, is permanent and unchanging. Of course, “Nothing” is not a thing in the normal sense, since it is truly “no thing”, and that is the very reason why it can never change. Actually, Buddhism says that our true nature is “Nothingness” or perhaps more commonly known under the word “Emptiness.” The teaching of the nature of Nothingness is mentioned in many places in the Buddhist literature, but very few notices that Buddha described the nature of Nothingness in the same sentence where he described the nature of things. Once the student starts to understand the deeper aspects of these truths he or she will start to see that many truths are hidden within other teachings. It’s the master way of showing that everything is one. That the coin always has two different sides, but it is still the same coin.

Our true nature is a state of “emptiness” or “nothingness” and this state is the only state that creates permanent happiness. Emptiness is something that can be experienced consciously. I say consciously because emptiness is there nonetheless. It is the true state of everything. It is our lack of awareness of it that creates suffering. When you are aware of the nothingness in everything you see that there is no friction at all because friction can only exist in the world of dualism. For friction to occur, which is the same as suffering, there has to be more than one “object.” There must be someone who can hold on to something. But in the state of non-attachment, in the state of nothingness, there can be no friction and hence no suffering. It is a state of absolute stillness and inner peace. There is no-one holding on to anything. You can then see that nothing exists on its own. Everything is part of one seamless, ever-changing landscape and all the parts are in themselves empty.

Nothingness is the same as the state of unconditional love towards everything that exists. When you love everything unconditionally you do not judge any person or circumstance as better or worse than another. You love everything equally, and you, therefore, experience everything as one. There can be no friction when you love all it is unconditional. In this state motion stops but yet it continues. You live in the now of what is. There is no time, but yet there is. This is the state of oneness. That which cannot be described, only experienced. The paradoxical experience of Buddha nature. Realization of Nothing. End of suffering.

“Nothing lasts forever” is the only teaching you need, since it holds both the method and the final answer in three simple words. Everything changes except Nothing. Hold on to Nothing and let Everything go and you will be free. This doesn’t mean that you should not involve yourself in the happenings of your life. It simply means that you should not resist what IS. Do not resist change. Do not expect a certain outcome of your actions. Be in the world but let the world be. Let life flow without resistance and be happy.