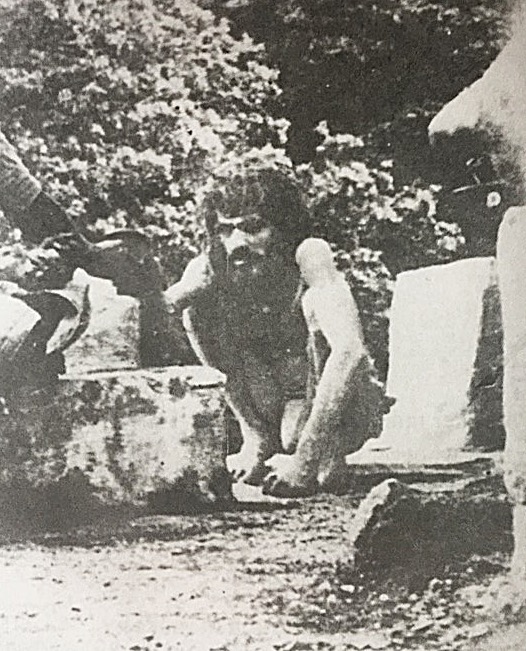 A saint that is not that well-known in the western world was a man named Sombari Baba. A big reason for this is that he passed away back in 1919 and at that time there were very few westerners whoever had the opportunity to meet him. This was also a time when it was difficult to spread information so even in India he is still quite unknown. However, he has begun to have a greater spread in the West in recent years. Especially because of the book Deva Bhumi recently released. In the book, the author Krishna Kumar (K.K.) Sah presents a series of stories about this amazing saint.

The word Sombari means Monday and Sombari Baba got his name because he always gave food to those who visited him during the Mondays. No one knows for sure when he was born but many claims that he was born sometime between 1815-1825 in a small town called Pind Dadankhan.

He lived a selfless life and had very few possessions. His only possessions were a small cloth bag, a tiger skin and a chillum (pipe). He radiated an enormous peacefulness and kindness. He requested nothing from anyone else. He never preached, never wrote any books; instead, his way of living was an expression of the highest spiritual doctrine.

He spent most of his time in Kakrighat during the summer and in Padampuri during the winter. In Padampuri it became very cold during the winter that the nearby river was frozen to ice and there were several meters of snow on the ground. Nevertheless, he wore nothing else but a small piece of cloth and even refused to let the devotees build a simple shelter to protect him from rain and snow.

People who were with him explain how all their problems disappeared in his presence. Those who were with him never wanted to leave his side. He always radiated happiness and love and never showed any anger. All negative feelings and thoughts vanished in his presence and were replaced by a sense of divinity. This feeling could be felt within them for a long time after they left him.

Sombari Baba knew the past, the present, and the future. If someone came to him with a problem, they did not have to say anything. The answer usually came before the question was asked. Even though he knew all, he loved everyone unconditionally and helped those who came to him with an open heart. Another proof of this was that he always knew if anyone would visit him without receiving any prior information about this. On several occasions, he prepared food for visitors and just as he predicted they showed up. 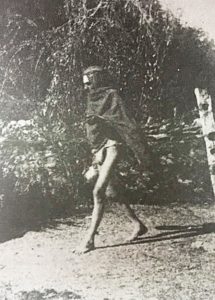 Another miracle that he performed was that there was always enough food no matter how many people visited him. Even though it should have been impossible that the food would be enough for everyone, there was always food left and Sombari Baba always ate last of all. Only when all the visitors were fed, he ate. In the book Deva Bhumi, K.K Sah tells stories about how the food never ran out of the bowl, even though they served far more than would fit inside. No matter how many people ate from the food in the bowl, there was always food left inside of it.

Those who visited Sombari Baba explained how they felt divine protection while they went on the dangerous road to the ashram where he lived. At that time, this part of India was much more dangerous than it is today. They didn’t have the kind of roads that exist today and getting there was a big challenge. Especially because there were wild animals along the roads, including tigers attacking the people. But everyone who visited Sombari Baba was always unharmed while traveling to and from the place.

Another sign of the greatness of this saint was that other saints showed great respect for him and he’s regarded as one of the highest and purest saints who ever lived in the area. Neem Karoli Baba chose to build his ashrams in the places where Sombari Baba had stayed. Thanks to this, these places are still available today and you can visit them. We recently visited the two ashrams where Sombari Baba lived and we explain the feelings we felt while we visited these wonderful places in these two articles and in our Podcast:

Read about our visit to Sombari Baba ashram in Kakrighat: https://www.maldorma.com/2017/06/18/a-journey-to-india-part-4-kakrighat/